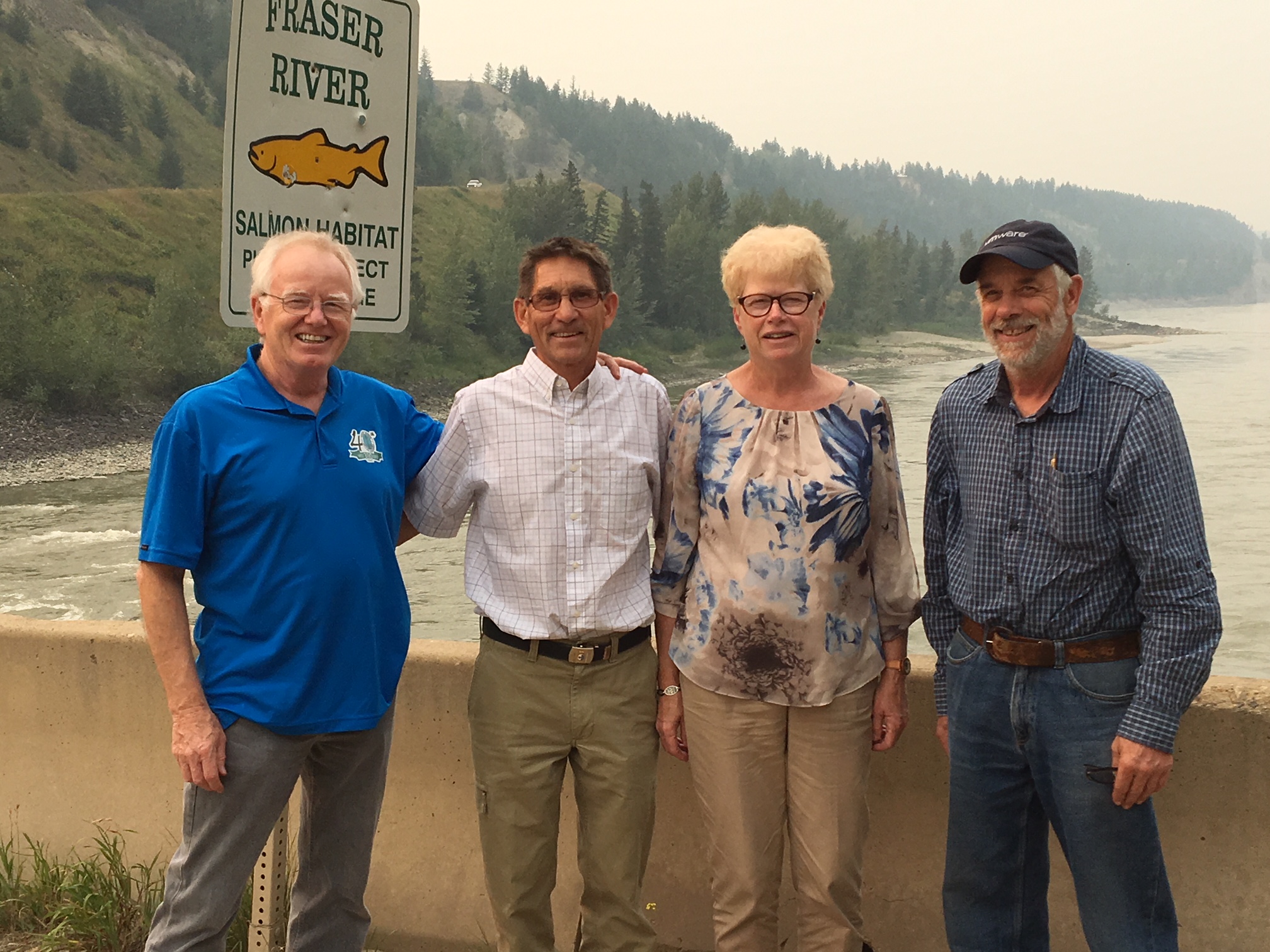 Wildfires are tearing across British Columbia putting communities on evacuation alert. A provincial state of emergency has been called. Fire fighters are working difficult and often double shifts, some arriving from Mexico. Water bombers are criss-crossing the air and Canadian government troops are being re-assigned to B.C. to help contain the fires. Smoke alerts on a 1 to 10 scale are coming in at 10+ and last week PWRDF gave an emergency grant to the Diocese of the Yukon – that dips into the northern part of the province – to help the town of Telegraph Creek as its residents fled.

Some fear it’s becoming the new seasonal norm, barely having recovered from last summer when wildfires surged, joined and even jumped the mighty Fraser River that courses through Cariboo country in the Territory of the People, the Anglican diocese wedged in the south central pocket of the province. Residents of Williams Lake and 100 Mile House, home to St. Peter’s and St. Timothy’s respectively, were evacuated on July 6 and 7, 2017 to Kamloops or Prince George and into an uncertain next few weeks, perhaps even longer.

I visited the two parishes in early August, roughly one year after that fire, and heard story after story of how the evacuees, despite needing to leave their own homes very quickly, also supported one another during the evacuation and then well after. PWRDF was pleased to be able to support last year’s relief efforts with $39,000 in donations from Anglicans across Canada.

Read about the programs these funds supported:

Parishioners from St. Peter’s were glad to have been able to support families with immediate needs because of the fires. “The fires showed us how important it was to work together,” says Brian LaPointe, a Warden at St. Peter’s. At a time of much dislocation and trauma in the community, St. Peter’s provided safe and welcoming spaces for conversation. Funds for immediate needs were made available and parishioners and other community members visited those who lost homes and possessions. In the months after the fire, funds were designated to an internationally recognized suicide intervention skills training program developed by the Canadian Mental Health Association (CMHA), that was taught in the community. “We are glad to have contributed and we feel much more prepared for next wildfire seasons,” say St. Peter’s parishioners Bill Watt, and Danny and Sue Moxey, a long-standing PWRDF Parish Representative in Williams Lake.

In 100 Mile House, the Friendship Centre at St. Timothy’s opened up its doors to evacuees, provided sleeping bags, clothing and food. It connected with other services, such as the CMHA, the Cariboo Family Enrichment Centre, the Ministry of Children and Family Development and other health and employment support professionals. These connections continue to grow today.

The Friendship Centre – the Stemete7uw’i Gathering Place as it is more formally known and referred to by members of the Canim Lake First Nations Band — has been a safe and encouraging place, says Rob Deither, the co-ordinator since it was established in 2010. The Centre fosters belonging, learning and cultural exchange. It has hosted knitting circles, a Truth and Reconciliation Evening, and suicide prevention training that acknowledges the stress that occurs during emergencies. “The 2017 wildfires were an opportunity to do more,” says Diether, “to build further on relationships and respond in as good a way as possible.”

With support from the Territory of the People, PWRDF and others, the Friendship Centre and St. Timothy’s were able to be more present to Indigenous and non-indigenous community members, provide soup, music nights and spaghetti dinners. One spaghetti dinner was widely advertised and well attended. Evacuees shared stories, fears and joys of returning home to 100 Mile House, Canim Lake and other nearby communities. “It was a memorable and really important milestone for us,” say Jenny Jensen and Wendy Hamblin from St. Timothy’s. Hamblin also serves as a Friendship Centre board member.

Many of the parishes in the Territory of the People responded to the wildfires, working closely with the Salvation Army and local services that could help some community members initiate and process insurance claims and help further with resettlement. “We can look back and say we coordinated our responses well and that they made a difference,” says Brian LaPointe, echoing the sentiments expressed by everyone I met, including the Rt. Reverend Gordon Light who did so much of the coordination in the summer of 2017 with Bishop Barbara Andrews.

As Dean Ken Gray noted, these summer emergencies may be a new norm. Even welcome rains are often accompanied by lightning strikes, igniting even more fires.

There used to be enough vegetation to hold and absorb rain water on the slopes along the region’s key highways, such as the Trans Canada. But sadly, after last year’s fires, that coverage is gone and now mudslides are closing highways.

Community members are grateful for the timely support from the Territory of the People diocese and the funds raised by Canadian Anglicans and PWRDF. Prayer shawls from other Dioceses continue to be worn with pride and care. Parishioners like those I met at Williams Lake and 100 Mile House are apprehensive as to what may happen next for their communities but there is a feeling of being more aware, more prepared and more connected today into the fabric of their communities.