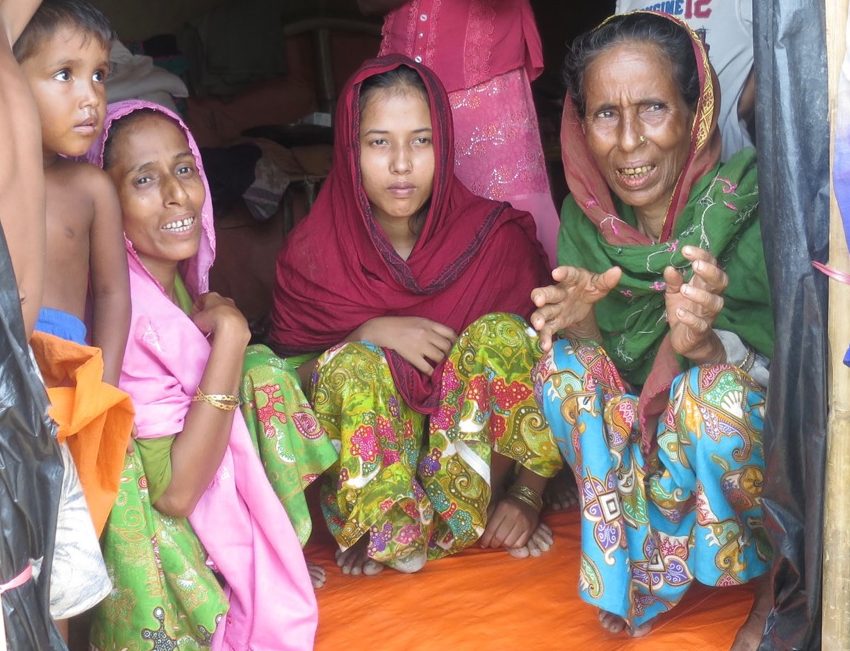 PWRDF is contributing $20,000 from its Canadian Foodgrains Bank account to a food relief project in Bangladesh being managed by fellow Foodgrains Bank member World Renew. The effort will provide about 18,000 Rohingya refugees — who have fled to the Cox’s Bazar region — with emergency rations of rice, lentils, oil, sugar, salt and high energy biscuits for three months. The project is budgeted at $700,000.

The response is part of a larger cooperative effort between Foodgrains Bank, World Renew and Emergency Relief and Development Overseas (ERDO) in collaboration with their local partners, with funding by seven other Foodgrains Bank members. The project implemented by ERDO is providing an additional 1,375 households (about 8,000 people) with the same rations and is budgeted at $315,000.

More than half a million people have recently fled extreme violence in Myanmar in search of safety and freedom. “It’s a rapidly growing humanitarian crisis where hundreds of thousands of innocent people are in urgent need of help,” says Foodgrains Bank program manager Matthew Van Geest, who is coordinating the response on behalf of the organization. “We’re glad that through our member churches and agencies, the Canadian church can be so visible in the face of so much suffering,” he adds.

The Rohingya are descendants of Muslims who came to Myanmar generations ago. They speak a different language and are of a different religion than the majority of Myanmar’s citizens, who are Buddhist. The Myanmar government considers them stateless, and places restrictions on their rights as citizens.

Violence broke out in the northern Rakhine state at the end of August when Rohingya militants attacked government forces. According to the United Nations, the Myanmar government responded against the Rohingya with disproportionate violence. Entire villages have been destroyed, and there has been widespread panic and flight.

On September 26 a joint statement condemning the violence was released by Inter Pares, a Canadian-based international advocacy organization. PWRDF was one of 30 organizations and 12 individuals to sign on.

“We know that you know that human beings may look and worship differently – and some may have greater firepower than others – but none are superior and none inferior; that when you scratch the surface we are all the same, members of one family, the human family; that there are no natural differences between Buddhists and Muslims; and that whether we are Jews or Hindus, Christians or atheists, we are born to love, without prejudice. Discrimination doesn’t come naturally; it is taught.”

“In Bangladesh, there is very high fluidity and internal mobility, the majority of arrivals are still on the move,” says Naba Gurung, the Humanitarian Response Coordinator for PWRDF. “People are making huts wherever they find some space but they are running out of space in the existing settlements. A majority of people are staying in the open air, suffering from trauma, exhaustion, sickness and hunger. Many people are arriving hungry, exhausted and with no food or water. Most of them have walked 50 to 60 kilometers for up to six days and are in dire need of food, water, shelter and protection. More than 36,000 children under age one are the most vulnerable. They are living in conditions that are prime for the spread of diseases.”

A World Renew staffer in Bangladesh visited Cox’s Bazar and recounted seeing an 18-year-old Toslima, five days after she gave birth to her baby on the road from Myanmar. A stranger helped her deliver her baby, without any hot water, doctor or midwife. The baby was still without a name, since the Muslim custom is to wait seven days to name them in case they don’t live.

“Through our members, we are continuing to monitor the situation of the Rohingya refugees closely, to see if there is an additional food response needed,” says Van Geest. “A joint coordinated response like this has a number of benefits,” he adds. “For example, instead of nine different organizations doing nine different responses, we have two larger responses.”

“It allows us to negotiate better prices because we can buy in bulk, it means less administrative work, and less risk to local partners working on the ground in difficult situations.”
– With files from Amanda Thorsteinsson, Canadian Foodgrains Bank