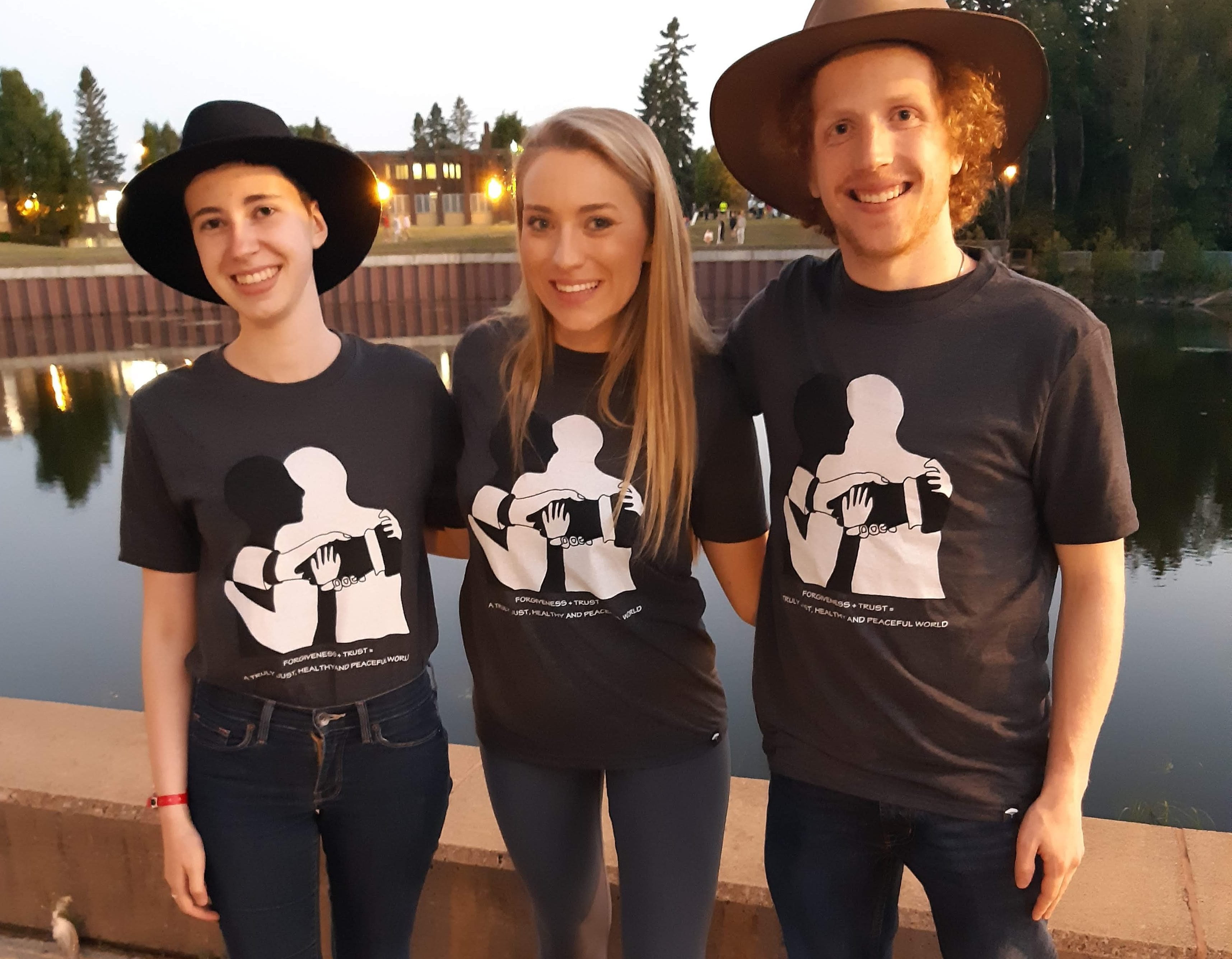 Just what does a truly just, healthy, and peaceful world look like?

To find out, PWRDF Youth’s Council asked youth across Canada to put it on a T-shirt. The winning design came from Natalia Beattie, a 21-year-old student at the Northern Alberta Institute of Technology in Edmonton. “My design shows two individuals hugging to forgive each other for the mistakes we’ve made,” she writes. “The shaking hands show the agreements being made to keep peace in the future.”

The whole concept is about forgiveness and trusting that we will figure out future hurdles together with the view of the collective and less of the individual. Beattie was thrilled to win. “I got really excited when I saw the reveal on Instagram and I immediately called my friends and family. I am so thankful for being chosen.”

Beattie was introduced to PWRDF and this contest from one of her best friends, Leah Marshall, a Youth Council member. “Leah knows I love a challenge. When I saw that the topic of the contest was based on what I believe a truly just, healthy, and peaceful world means to me, my first thought was ‘there’s no such thing as world peace.’ ”

“A peaceful world cannot be sustainable in the present state of how we exist. Currently when we make mistakes, we fight each other, get angry, struggle to forgive, and so on,” Beattie writes. “Everyone should be allowed to believe what they want to believe, but no one should push beliefs on others. When everyone respects and is respected, we will have a step in the right direction towards world peace.”

Choosing a winner was difficult, said Youth Council’s Promotion Lead, James Mesich. “There were several entries that all could easily have made fantastic T-shirts. My hope for the competition was to get youth from across the country involved and informed about PWRDF and our message. I was very excited to see that we got entries from across Canada and I hope that many more people were introduced to PWRDF through the competition.”

The winning design was revealed at the Canadian Lutheran Anglican Youth (CLAY) Gathering in Thunder Bay in August 2018.